OG Kush is an American marijuana classic, a Southern California original with some of the highest THC levels in the world. With a 25:75 Sativa/Indica ratio, this strain pulls no punches. Expect a hard, mixed high with intense euphoria followed by serious couch-lock. The cerebral boost from OG Kush is ideal for depression, bipolar disorder, and anxiety, while the heavy body high can help with pain and nausea. OG Kush is also used to treat Alzheimer’s disease. Dry mouth and eyes are the most common negative effects, though headaches and paranoia are also possible. OG Kush, which has given rise to countless West Coast strains, has an earthy, wood taste and a strong pine scent.

What is Shatter? Shatter is an extract, which is a type of cannabis concentrate that’s produced using a combination of weed plant materials and solvents. The appearance of shatter weed is typically translucent, though its coloring can range from bright honeylike amber to a darker yellow shade like olive oil.

How to consume Shatter? Shatter can be dabbed, but not all dabs are considered to be shattered. Referred to as “dabbing,” this popular method involves a small water pipe called a rig with a flat bowl, and a “nail,” which is designed to tolerate high temperatures. In this case, the consumer would be dabbing shatter, but other forms of concentrates can also be considered as dabs.

How to store Shatter? Ideally shatters are best stored in the fridge (avoid deep freezers). With time and moisture in the air, the shatter may turn into a wax, butter-like consistency. This doesn’t mean the shatter has gone bad, it is a natural evolution of the product over time. 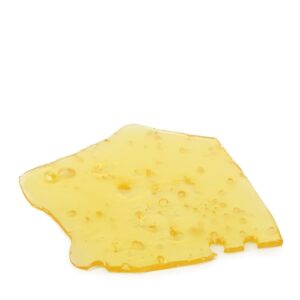 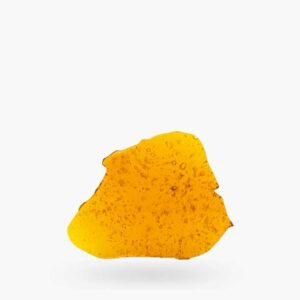 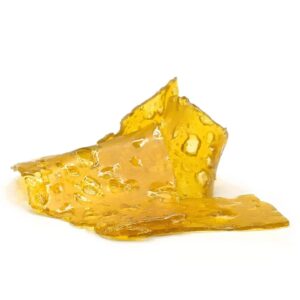 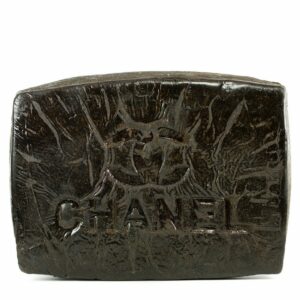 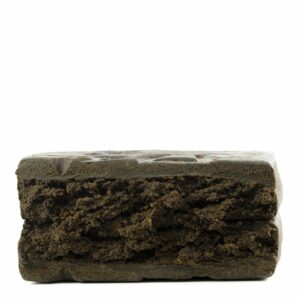 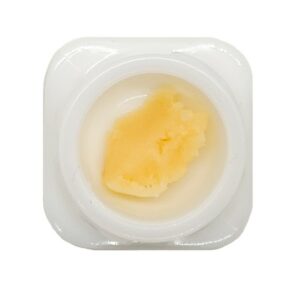